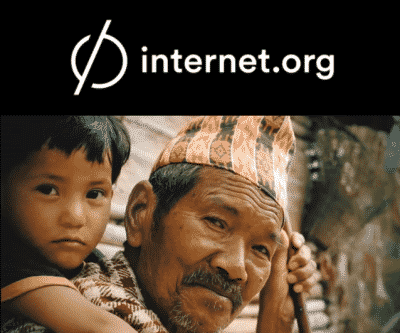 Acquiring more users is one of the major goals of Facebook. But a lot of underdeveloped countries still have expensive connection or connections that are not easily available geographically. So, Facebook has come forward to collaborate with local carriers to promote the growth and usage of mobile data, and therefore, getting more Facebook users around the globe. Reportedly, they are starting with Indonesia, which is the fourth country in the world to have the highest number of Facebook users. Previously, Facebook and Google had started their campaigns called Facebook Zero and Free Zone respectively in order to provide services for free to countries where most people did not use internet. This new project, in continuation to what Facebook had started earlier, is called Internet.org, in which they are analyzing and rectifying the network system of the local carriers and have increased their mobile network speed up to 70%. By directly working with the carriers and helping them fix their issues, Facebook is achieving supreme negotiation power that enables them to initiate the very-low-price plans with the carriers, which, in the long run, dictates the growth of Facebook.

For this project in Indonesia, Facebook has teamed up with Ericsson – an entity already involved with Internet.org – and an Indonesian mobile operator called XL Axiata. Together they ran experiments on ‘simulated Facebook applications’ that helped them figure out the issues and solve the system. They used Android platforms for all their experiments since Android has more growth rate in such countries. In the first half of 2014, Facebook developed the said simulated app that served as a test agent for the experiment. Then, using XL Axiata coverage, different reactions such as speed and accessibility of the network were recorded while performing several actions on the app in urban, suburban and rural areas of Indonesia. At the same time, they evaluated the core, content delivery and radio access networks of XL Axiata. On the other hand, Facebook also has a definite plan to promote a different charging plan in all these countries. In an effort to promote the use of Internet.org, Facebook acquired Pryte earlier this year, which enables people to buy small packages of data with a low-cost and supports usage of a few apps. Therefore, we may expect to see this being pushed to more and more underdeveloped countries where Facebook plans to run their projects. Although Facebook does not have any details to share about their trial project in Indonesia, they believe that this ‘replicable’ project can work as a roadmap to other future similar projects in numerous other underdeveloped countries. This year, they released the official app of Internet.org in Zambia as Android and Web application.

Get Facebook On Your Desktop Both On Windows and Mac

How You Will Get Facebook’s New Profile Design