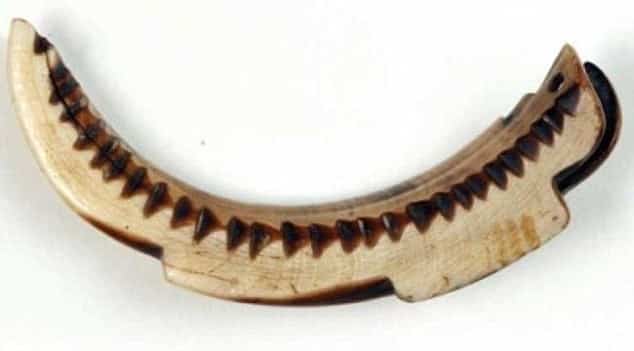 In ancient times, there was neither any watch nor any calender. At then, people used to determine time (date was merely a factor at that time) by calculating the position of Sun and Moon. But at present, we have watch and calender to know the time and date, respectively. However, lately archaeologists have found a calendar in Smederevska Palanka, Serbia, which shapes like a banana. According to archaeologists, this Neolithic moon-shaped calendar is around 8,000 years old. It fits into a pouch or a small bag. This calender is made from the tusk of a wild boar and is marked with 28 miniature triangular indentations carved. Researchers think, the engraved marks denote a lunar cycle of 28 days as well as the four phases of the moon. Archaeologists firmly believe that it is farmers who used to use this Neolithic moon-shaped calendar to plan when to plant and harvest crops. They also believe that farmers could have used this calender for family planning too.

Professor Milorad Stojic from the Archaeology Institute in Belgrade, who made the discovery has said, “We believe the engraved tusk represents a moon calendar. There are 28 miniature triangular indentations carved there.”