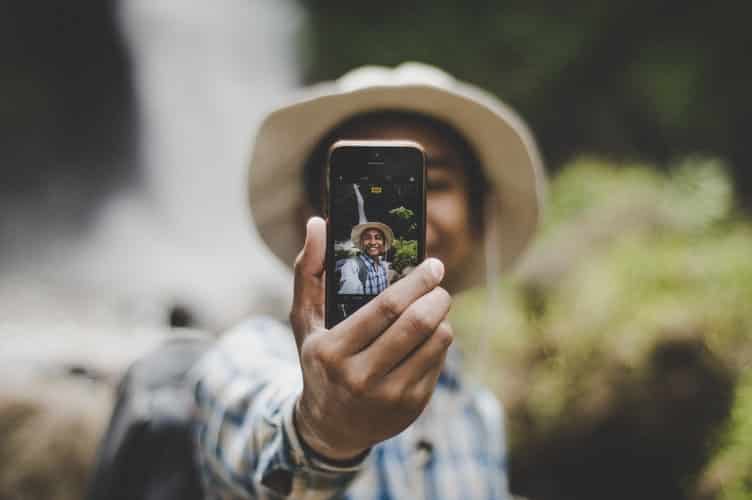 Traditionally smartphones relied on pin codes or passwords to ensure security. But at the pace technology landscape is shifting under our feet, Face ID might become the standard for smartphones very soon. The idea with Face Recognition is, it uses sensors, mounted beside the camera, to identify the person holding the phone. The original owner of the phone can set his own face as his biometric password. And anytime the person wishes to unlock the phone, all he needs to do is hold his phone close to his face and the phone will do the rest. That’s it! No extra steps involved. They don’t even need to press any button. iPhoneX was the first smartphone to include Face Recognition as a security measure, followed by many others.

The first time you turn on your iPhoneX, you will be given an option to register your face as the Face ID. The Face ID is basically a mathematical model of your face. After the registration of the FaceID is complete, everytime you try to open the phone the sensors will create a new model of your face and match it against the original Face ID. If the two scanned models match, the phone will unlock automatically. You might be concerned about the possible loopholes in the system, which is very natural. Well, you will be in big trouble if you have a twin brother or sister. That can make your life very complicated. But what if potential hackers hack the original mathematical model of your face? Rest assured, the mathematical model is saved within your iphoneX, inside the A11 chip. So unless you lose your phone, it is very unlikely that someone will break into your phone.

Honor View 10 includes the feature Face Recognition. The original phone did not include this feature. but later on, the feature was included through one of its updates. So if you haven’t updated your Honor View 10, it is high time you do so.

It is evident, their update was a response to iphoneX’s Face Recognition tech. But how similar are these phones in terms of Face Recognition? iphoneX relies on an infrared scanning model. On the other hand, Honor View 10 relies on 2d models which can be generated using a normal smartphone camera. Although both the approaches are valid for simple tasks like unlocking phones, the later poses great security threats when used for confirming online payments.

In case you already have a smartphone with face recognition, or don’t actually fancy one, here is an interesting blog documenting how Amazon Rekognition’s Text in Images feature is helping Pinterest with their business. Do make sure to check the blog out and also, do come back for more.

Bill Gates Takes Back The Title Of World’s Richest Person

Sony Ericsson Xperia Ray Goes Unlocked For $425 In US