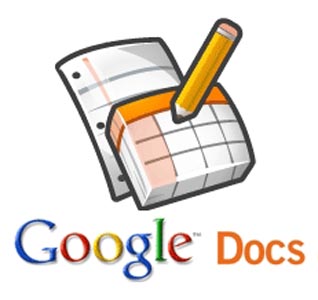 You’ll soon be able to access your Google Docs files even when you don’t have an Internet connection and Google has said it will make Google Docs and Google Apps accessible for offline use later in 2011. It could certainly be useful for users who are on a non-Wi-Fi-accessible plane or train and need to show something to a client somewhere without online access……….. Google is aiming to strike right at the heart of Microsoft and the Windows stronghold, but they know that one big hold up remains before a browser-based OS can be everywhere: offline access. Somewhat later than had been planned last year, Google is addressing a significant weaknesses of Google Docs and Google Apps: the inability to use the services while not connected to the Net. “We will make them [Google Docs offline apps] available this summer,” said Sundar Pichai, senior vice president of Chrome, in an interview here last week at at the Google I/O conference. “We’ve all been using it internally. It’s imminent. We want to make sure they’re good.” It’s not clear just how high the demand for the feature is. Google cited low interest in the idea as one justification for why it had removed an earlier attempt at the technology in 2008. With Chrome OS, Google is betting that the world is ready for a browser-based operating system. For office workers using a Chrome OS machine to enter customer data into a Web form, offline access is no big deal, but for Chromebooks to reach their full potential, they have to be able to handle a bit more of what even the lowest-end PC can do. That includes being useful when you’re on a subway on an airplane or heaven forbid in some primitive backwater that’s not saturated with reliable 3G.

Google reassures people that offline Web apps are now possible to program thanks to a number of interfaces such as AppCache and IndexedDB arriving in browsers. But actually taking advantage of those interfaces isn’t necessarily easy. Google Docs was supposed to get offline abilities in early 2011. Offline Docs hasn’t been easy, in part because of years of shifts in the plumbing used to let browsers look for data on a local computer rather than a remote server on the other side of the Internet. Initially, Google Docs had some incomplete offline support through a Google technology called Gears. Google removed that support when it discontinued Gears in favor of open Web standards that accomplished similar goals. The technology in Gears for offline storage was a SQL database interface that was closely related to the Web SQL Database standard for browsers. However, Mozilla and Microsoft didn’t like its approach and Web SQL‘s standardization was derailed. A final challenge for Google might be its own vision. The company is betting heavily on a future in which the Internet is built into the fabric of our lives. Indeed, with lobbying and investments in networking technology, it’s trying to hasten the arrival of that future. Google has perhaps a better idea of what that future looks like. Its campuses are bathed in Wi-Fi and peppered with Ethernet ports. Employees have home broadband, Net-connected shuttle buses, and for those moments in between, wireless data modems.