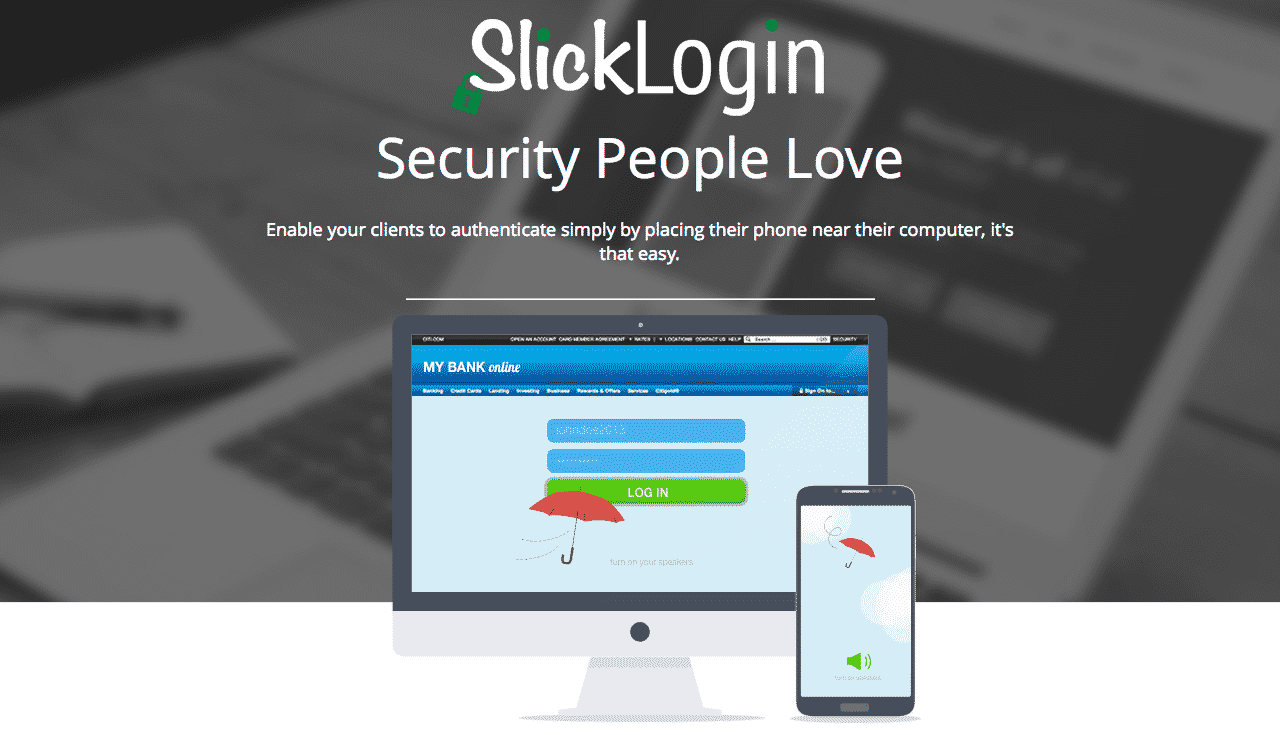 Google has been working on trying to find viable security alternatives to passwords. The search giant has now acquired SlickLogin, which may be a step forward towards that goal. SlickLogin has a product that offers a sound-based login method. For now, Google has reinforced the password method by enabling two-step authentication across its services. But the search giant, like many others in the tech industry, is seeking out better, smarter and more convenient alternatives. The acquisition of this startup is seen by many as another piece in that puzzle.

What makes SlickLogin stand out is a product that the startup has created. It’s a unique login method which emits a barely audible tone when you try to log in at a site. As a user, you are required to hold up your phone next to the speaker and let it hear this sound. The phone then verifies that it has heard the sound, thus confirming to the website that you are the actual user.

Such a login method has numerous applications and in time, could even be coupled with other technologies to completely replace passwords. However, at this stage, it is too early to surmise how significant the SlickLogin product is for Google.

Google hasn’t revealed the details of the acquisition deal, although we hope they’ll be revealed soon enough. The company joined the FIDO alliance last year, which is an industry group that aims to offer better authentication methods for online services.

Meanwhile, the SlickLogin team is pretty optimistic about the deal. An official announcement from the team reads, “Today we’re announcing that the SlickLogin team is joining Google, a company that shares our core beliefs that logging in should be easy instead of frustrating, and authentication should be effective without getting in the way. Google was the first company to offer 2-step verification to everyone, for free – and they’re working on some great ideas that will make the internet safer for everyone. We couldn’t be more excited to join their efforts.’