It is becoming increasingly common to read about the multi-billion-dollar revenues of tech companies each year. Here a glimpse at exactly how much each of these major tech companies earn in a single minute. 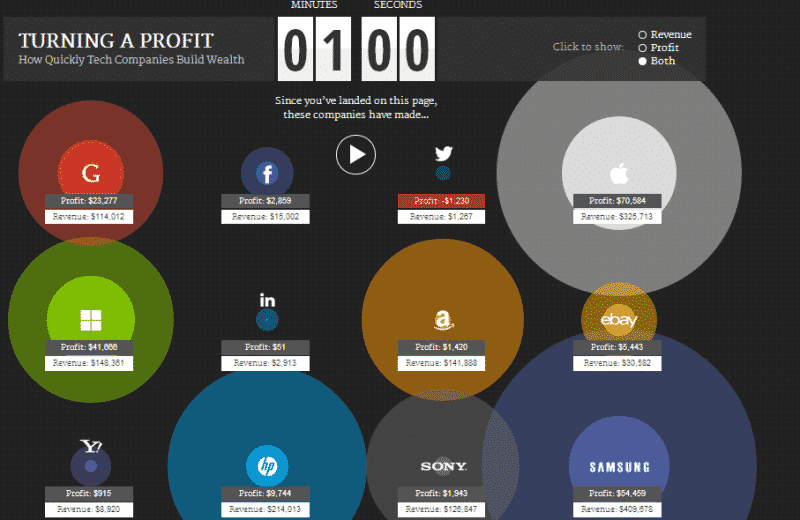 Worldpayzinc has created an interactive infographic. Once you hit the play button, it shows a clock running and the corresponding amount of money made by each of the major tech titans as each second passes.

According to this infographic, for example, Apple bags a revenue of $325,713 in a single minute while making a profit of $70,584 on it. Interestingly, Samsung earns a larger revenue in the same single minute, amassing $409,678. However, Samsung’s profit margin is apparently low and on that amount of revenue, the company brings home $54,459 in profit in a single minute.

HP has a surprisingly high per-minute revenue, clocking at $214,013. The profits earned by the company in a minute, however, reach a mere $9744. These numbers are an interesting glance at the financial well being of different tech companies. Visit the link provided below and play a bit with the interactive tool. You’ll like it.