The race is on to optimize solar energy’s performance. More efficient silicon photovoltaic panels, dye-sensitized solar cells, concentrated cells and thermodynamic solar plants all pursue the same goal: to produce a maximum amount of electrons from sunlight. However, now a group of Swiss scientists, has invented a cheap solar device that can store energy from the Sun more efficiently than anything on the market. 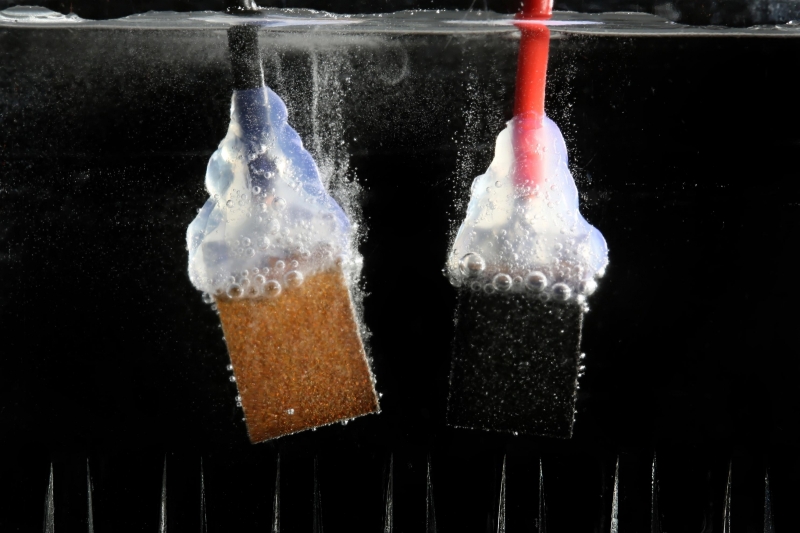 From previous work, scientists knew that nickel hydroxide is a promising catalyst. If iron is added into that, then its performance might be improved. And the researchers did the same thing; they added iron with nickel hydroxide to form a layered structure, and then put the catalyst on a porous nickel “foam” to increase the area across which reactions can take place, speeding them up. Through this way, scientists created a new and an inexpensive material known as perovskite. And using  perovskite, scientists have created a new solar device called ‘water splitter‘.

Space Based Solar Power To Become A Reality

This new device is remarkable because it meets three of the four criteria needed for a practical device: high efficiency, low cost, and the use of abundant materials (so it can be used at a large scale). The next step is to meet the fourth criterion—reliability. The device uses novel, relatively high-voltage solar cells to generate the needed electricity, along with inexpensive new catalyst materials based on nickel and iron for two electrodes—one produces hydrogen and the other makes oxygen. In short, the new device can collect energy from sunlight and convert it to hydrogen, which then can be stored and burned as fuel or fed through a fuel cell to generate electricity.

The solar water splitter stores 12.3 percent of the energy in sunlight in the form of hydrogen. That might seem like a small amount, but consider that most solar cells convert only 16 percent of the energy in sunlight into electricity, without the added step of turning that energy into easy-to-store hydrogen. The electrons that are converted into electricity can turn on lights and power your refrigerator.

However, the scientists have published their result in the journal Science. Watch the device in action below: