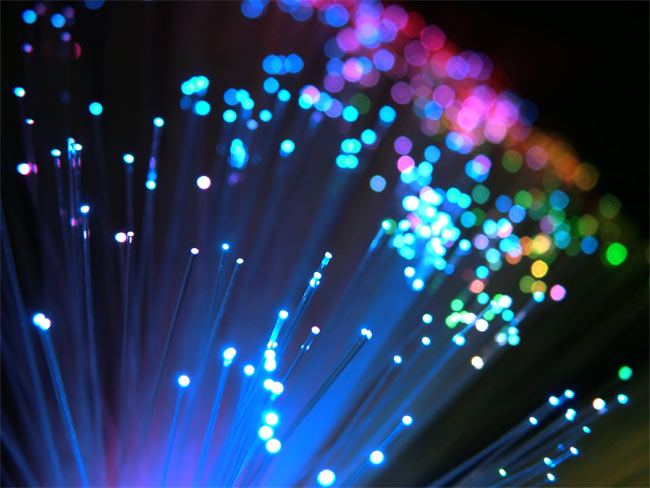 Fujitsu to build 1Gbps fiber optic broadband network in the UK, but needs BT to allow competitors control of its fibre cables in a move designed to promote the take-up of superfast broadband services.Built on hardware provided by Cisco and supported by Virgin Media and TalkTalk, this network will focus on channeling fiber directly to the home an to provide symmetrical 1Gbps bandwidth with up to 10Gbps speeds considered possible down the line……….. Fujitsu, one of the world’s largest technology and communications companies announced plans to work in collaboration with Virgin Media, TalkTalk and Cisco to deliver next generation internet services to 5 million homes in rural Britain.The collaboration and subsequent Fujitsu build of a new superfast, fibre optic broadband network is a ground breaking and innovative alternative to BT Openreach and provides an opportunity for any community or local authority looking to access a proportion of the £530 million earmarked by the UK Government to drive investment in superfast broadband in rural communities.The Fujitsu open access wholesale network will be underpinned by Cisco‘s world leading technology. Virgin Media and TalkTalk intend to access wholesale products via this network in order to retail next generation services to customers in remote parts of the UK. The network will also be open to other service providers on wholesale terms.Fujitsu’s vision builds on the company’s extensive experience in both managing telecommunications networks and in building next generation Fibre to the Home (FTTH) networks.The proposals will provide future-proofed connectivity to 5 million households and beyond that would otherwise be unlikely to benefit from commercial investment in next generation digital networks. In particular, the collaboration has the potential to transform rural broadband in the UK in a number of important ways:

The plans rely on the remedy imposed by the regulator Ofcom, on BT Openreach to provide access to its underground ducts and telegraph poles on fair, reasonable and non-discriminatory terms.Communication Minister Ed Vaizey said: “Superfast broadband is already helping businesses grow and improving the lives of those able to access it. But many rural and hard to reach areas are missing out. The whole of the UK should be able to share in the benefits of broadband and we are determined to make that happen by the end of the Parliament. That is why the Government is investing over £500m in taking superfast broadband to everyone.”I am delighted that Fujitsu along with Virgin Media, TalkTalk and Cisco share the Government’s vision. The collaboration between these companies was exactly the sort of ambition and innovation the Government wanted to stimulate by removing barriers to broadband rollout. Fujitsu and their industry partners are pledging a substantial investment in the UK and it represents a deep commitment to the future success of this country.”Creating this superfast broadband network will help improve the economic and social prospects of the homes and businesses where high-speed internet access remains just a dream.”

Duncan Tait, CEO of Fujitsu UK and Ireland said: “There is a unique opportunity for the UK to re-establish itself as a world leader by having the world’s most advanced fibre network. If done correctly this can be a key vehicle to accelerate recovery in the UK and bring genuine choice to generations of communities starved of participating fully in the UK economy. We believe our approach, in collaboration with these major industry leaders, will provide a future proofed network for at least the next 20 to 30 years.”Virgin Media’s CEO, Neil Berkett, said: “Virgin Media’s involvement in this ground breaking project is part of our on-going drive to rapidly create a step change in the UK’s digital evolution. Fujitsu’s vision and global expertise provides an opportunity to change the game in terms of broadband provision in parts of the UK that are otherwise being left behind. We now have a once in a lifetime opportunity to make the ambition of a digitally-enabled society a reality beyond the country’s cities and towns.”

Dido Harding, CEO, TalkTalk Group said: “TalkTalk believes that high-speed internet access must not become the preserve of the few. Fujitsu’s investment will stimulate competition and allow us to deliver affordable products to the widest possible range of families and small businesses in all parts of the UK. Furthermore, accessing a Fujitsu network will allow us to extend our superfast broadband footprint while complementing our existing FTTC strategy.”Cisco UK & Ireland’s CEO, Phil Smith, said: “Cisco is focused on driving the best superfast broadband in Europe to communities, towns and cities. We are committed to economic development, digital inclusion and improved public services such as health care and education. Fujitsu’s approach to building an open-access wholesale platform promotes innovation and competition across the UK. Underpinned by Cisco’s next-generation technology, this partnership has the opportunity to revolutionise the digital agenda for rural Britain.”

Kickstarter Changed The Rules Of The Game