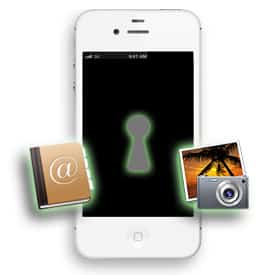 Apple and Google will be in for such charges against their companies like that for patent infringements and for privacy issues, from other companies, users and states. Now, U.S. Senator Charles Schumer (New York Democrat) wants the Federal Trade Commission (FTC) to investigate both the giants, Apple and Google, for stealing users’ private contacts and photos without prior permission to do so according to Mashable. Recently, Apple’s iOS and Google’s Android have faced charges for accessing users’ data and there has been no serious action from the government condemning such acts even remotely. Hence, Schumer has taken it upon himself to do the needful and he has penned a letter to FTC in this case so that it can intervene on people’s behave for their privacy rights. Under the U.S. Constitution, it is breaking the Fourth Amendment which guarantees citizens their right to privacy. Not only this, but the terms of service which both Apple and Google apparently claim to maintain, have also been breached. Schumer said in his letter that:

“These uses go well beyond what a reasonable user understands himself to be consenting to when he allows an app to access data on the phone for purposes of the app’s functionality. When someone takes a private photo, on a private cell phone, it should remain just that: private.”

In reply to Schumer’s justified anger on behave of the people, Apple has not responded, but Google did so in these words:

“We originally designed the Android photos file system similar to those of other computing platforms like Windows and Mac OS. At the time, images were stored on a SD card, making it easy for someone to remove the SD card from a phone and put it in a computer to view or transfer those images. As phones and tablets have evolved to rely more on built-in, non-removable memory, we’re taking another look at this and considering adding a permission for apps to access images. We’ve always had policies in place to remove any apps on Android Market that improperly access your data.”

However, Google is already under investigation from FTC for privacy charges. The reports that have covered the case have been that this has happened due to an iOS security hole that let apps download users’ data. Schumer wants that this technology loophole be closed with technology as well, because if technology can invade, then technology can protect too.

Suspicious Behavior Will Be Detected By New Surveillance Cameras