Developer of the famous home launcher app LauncherPro released a clone of the zune media player found on Windows phone 7. You can now download a Zune look-alike app of windows Phone 7 for your Android device. 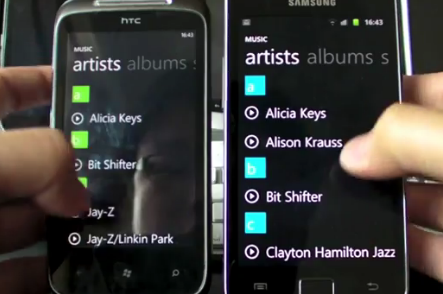 A nice Engadget video compares the media player to the one on Windows phone 7. They find that the two media players are very similar. Watch it below:

As seen in the video above next to a real WP7 device, the look and functionality of the Zune player is present in a remarkably full featured interface despite its early alpha status, complete with features like scrobbling and playlists.The app is still in Beta stage so there must be some bugs in it but if you found any so don’t worry it will be soon removed with later updates.