There is a very distinct advantage Apple has over Android. And that is the utter lack of platform fragmentation. This is manifest in the latest numbers which reveal that a whopping 90% iOS devices now run iOS 7.

This means that merely months after Apple released iOS 7, all but a few have moved on to the latest software on their iOS devices. The trend has been observed with iOS users consistently in the past. Unlike Android users, they tend to upgrade as soon as it is available or at the earliest possible time.

Currently, nearly 31% iOS devices are running iOS 7.1 while another 29% are booting iOS 7.0.6. Analysts estimate that a majority of these iOS users will be on the iOS 7.1 bandwagon within no time. 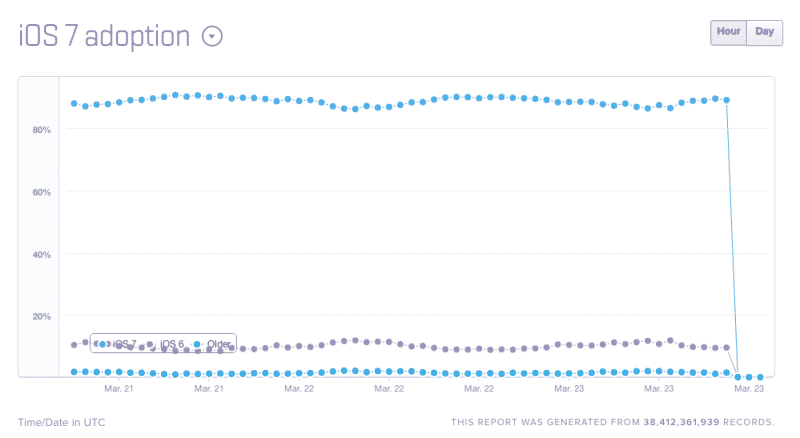 Meanwhile, Android devices and users take ages to upgrade. First there’s the problem of multiple handset vendors. Companies like HTC, Samsung and others have come to use new versions of Android as leverage. You pay for an expensive smartphone and that’s how you get to access the new version. This is awful and is somewhat of a manipulation of the open-source nature of Android.

That is precisely why the adoption rate of the latest Android version has been unusually low. Most vendors are offering it either only on their most expensive handsets or not even on them yet. The result is that even though Kit Kat (4.4) was unveiled quite some time ago, it still commands a mere 8% of the Android market. These figures reflect bad on Android’s adoption rate and perhaps Google can have a chat with smartphone vendors about not exploiting the latest versions of Android by using them as leverage.

Scientists Can Use DNA To Map Facial Structures