When after a lot of anticipation and wait, Motorola finally unveiled the detailed specs of Moto X handset, many were disappointed. That is because the hardware packed in the smartphone is definitely at the top of the market. However, Motorola team insists that the overall product design, which is revolutionary, makes up for it. 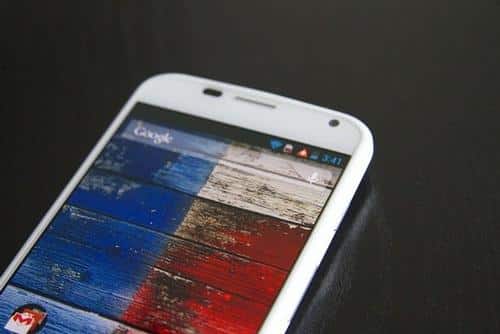 The company will be charging $199 for the handset, together with a two-year contract. The price is nearly the same as is being charged for other top-end smartphone such as iPhone 5. However, the Motorola team insists that when the design, performance and hardware of Moto X are viewed together, the handset proves to be even better than most top-end smartphones.

Lucky for Moto X, some analysts agree to this. The reason for this, Motorola engineer Iqbal Arshad explains, is simply that despite relatively low-key hardware, Moto X offers a user experience which surpasses all other handsets. According to him, the handset lets you use numerous apps, and keep them on ‘Always On’ mode without significantly draining the battery. Regular handsets, on the other hand, run out of battery juice within hours if you use a lot of apps on the ‘Always on’ mode.

Moreover, Arshad revealed that Motorola is using the latest X8 chipset from Qualcomm in the dual-core processor of Moto X, letting the handset provide excellent performance. Graphics processor and dedicated natural language and contextual computing processors are apart from the dual-core chip, letting the battery stay alive longer and at the same time, letting individual functionality work in a better fashion.

Responding to the screen display resolution contentions, he stated that the outlook, brightness, saturation and color display of Moto X handset is far superior to most other top-end handsets. Motorola certainly seems to be making a lot of tall claims. In time, we’ll see how true these claims turn out to be.

Project Tango By Google Is A 3D Mapping Smartphone