Reuters reports that Facebook’s revenue for the first half of 2011 hit $1.6bn with its Net income falling just short of $500 million and Facebook is still a private company and doesn’t publicly disclose its financial details. Facebook’s strong financial numbers underscores its growing popularity among its advertisers and the ompany’s early move to capitalize on the power of social networking by attracting advertisers put it ahead of competitor Google. Facebook was created by Mark Zuckerberg in 2004 and there are currently about 750 million users of Facebook, which is one of the most visited destinations for people on Internet……………. 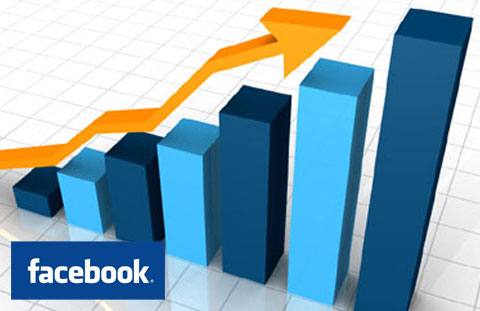 Facebook‘s revenue doubled to $1.6 billion in 2011’s first half, a source with knowledge of its financials told Reuters, underscoring its appeal to advertisers while it grapples with intensifying competition from the likes of Google. Net income in the first half of 2011 came to almost $500 million and Facebook‘s stronger results come as investors have pushed its valuation to roughly $80 billion in private markets with many industry observers expecting the world’s No. 1 Internet social network to go public in 2012. Its growing popularity among its advertisers and 750 million users has pressured entrenched Web companies such as Yahoo. Search leader Google launched Google+, a rival social network in June that attracted more than 10 million users in its first two weeks and Google is trying to increase the appeal of its social network by offering games such as Zynga Poker and Rovio‘s Angry Birds. Some venture capitalists and industry experts see early signs that Google+ is headed down the right path in taking a bite out of Facebook. Facebook earned $355 million in net income in the first nine months of 2010 on revenue of $1.2 billion, according to documents that Goldman Sachs provided to clients during a share offering this year. Created by CEO Mark Zuckerberg in a Harvard dorm room in 2004, the company is expected to introduce new features this month such as music services from Spotify and Rhapsody. Facebook has become one of the Web’s most visited destinations by people who spend hours on the site every month sharing photos and videos, and conversing with friends. Facebook accounted for nearly one third of all Internet display advertisement impressions in the United States in June, more than the combined total of Yahoo, Microsoft Corp, Google and AOL Inc. It was not clear what portion of Facebook‘s $1.6 billion in revenue in the first half of the year came from advertising sales and Facebook also gets a 30 percent cut of sales of virtual goods, such as digital cars or animals, that enhance the experience in social games such as Zynga’s FarmVille.