Flickr is among one of the most popular photo-sharing websites online. However, in recent years, the website’s popularity has significantly declined. Yahoo, the company that owns Flickr, has now announced the rollout of a thorough visual revamp for Flickr, making the platform more image-centric. 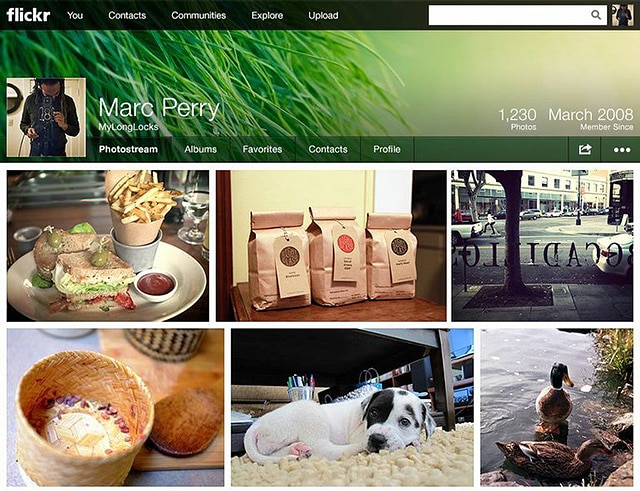 The new Flickr essentially allows users to upload their images in high-resolution. The uploading process does not tamper with the size or quality of the images so that you can upload the exact image that you shot straight to your Flickr account. To compliment the availability of such high-res images on the website, Flickr has also undergone an interface change.

Google Includes Yahoo And Outlook In Its New Update

On the new Flickr, you can view an image in full-screen, rather than being presented with a photo and a relevant photo stream to the right. Yahoo has cut out nearly all white-spaces from Flickr. If you view a ‘Set’ on Flickr now, it will appear as a stream of very neatly bundled images, much likes tiles stacked against on another.

Users can set a high-resolution picture as the cover photo for their profiles. On profile pages, images start appearing as a tile-stream right below the cover photo.

One of the key announcements made by Yahoo’s CEO, Marissa Mayer, was that all Flickr users get to have a whopping 1 terabyte of space for free! That’s a huge storage space and allows user to essentially upload an approximate number of 537,000 photos. Flickr Pro is going away with this new update. Marissa Mayer said

There are still a couple of paid options. Users can pay $49.99 a year for an ad-free interface, and can add a second TB of data for $499.99 per year. We cant find any information what will happen to existing paid member.

The task to revamp Flickr was probably Mayer’s brainchild. When she first came to steer Yahoo out of its crisis, campaigns sprang up online, asking her to ‘rescue’ Flickr. And from the looks of the revamp that her company has rolled out, she has succeeded in doing so.

Microsoft To Unveil The Next Xbox Today

Facebook Denies Rumors Of A Search Partnership With Yahoo