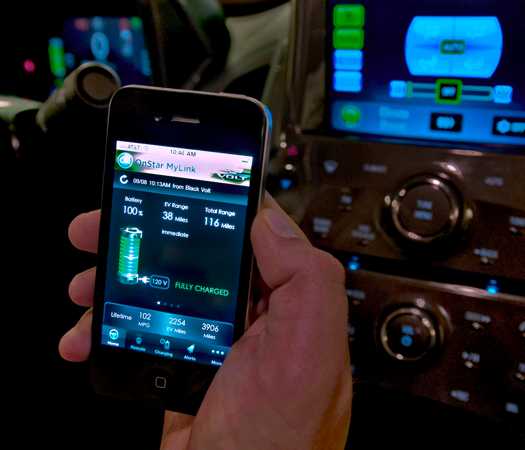 GM today announced a huge expansion of OnStar–and the predictions were pretty much on the money. A quick recap: Though OnStar was one of the first in-car communications systems, it sat fallow as an emergency and safety tool while others, especially Ford Sync (a collaboration with Microsoft) added social networking and media controls.But GM doesn’t want to be left behind, and today the company showed off the new OnStar. This ninth generation of OnStar is, in GM’s words, focused on “responsible connectivity,” meaning GM has read all those reports showing that communicating (say, by text messaging) can be even more dangerous than drunk driving.

Facebook integration may have a similar limitation, but it’s currently in very early testing and the specifics aren’t all ready yet. However, GM stated that OnStar will definitely be able to read back Facebook status updates.All of this connectivity hinges on compatibility with phones (especially smartphones), and GM is still working on that. The app, which will be called MyLink, will hit Android first, followed by iPhone. No word yet on BlackBerry, Windows Mobile/Phone 7, or Symbian, but BlackBerry seems a safe bet. But OnStar supports Bluetooth, so text messages can be read back from pretty much any modern phone. What MyLink offers are advanced tools like key fob functions (unlock, lock, remote start, lights, horn).

OnStar is also kicking off an open API, meaning they’ll be accepting applications from developers. It’ll be a curated system, similar to that of Apple’s App Store: Anyone can submit, but GM retains exclusive rights to approve or deny. That’s largely so developers don’t sneak in any applications that would endanger drivers.The new OnStar should be available soon, with some features available on the 2011 model year cars launching in October. The launch will be accompanied by a hefty ad campaign kicking off in September that’s said to feature the music of Modest Mouse.

MIT Researcher Develops Technology To Make AI Smarter Than Ever