Sony May Have Thirf Attack By Hackers

Sony may have prevented another attack on the PSN, G4TV.com and CNET posted an article last week detailing a possible third attack on Sony’s servers overheard by a member of an IRC and the attack would have involved hackers gaining access to Sony servers to access data.The hackers allegedly already have access to some of Sony’s servers and plan to go public with the personal information they find in their attack, it is not clear from the report whether or not these hackers are part of the Anonymous group……… 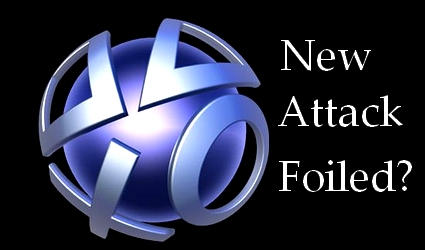 The group of hackers that took down the PlayStation Network might not be done with Sony yet and after an attack on the PlayStation Network that has kept the service offline for more than two weeks and also a separate attack against Sony Online Entertainment that was confirmed to have exposed customer credit card information, the same group of hackers may have a third salvo to fire.An observer of the Internet Relay Chat channel used by the hackers told CNET that a third major attack is planned this weekend against Sony’s Web site. The people involved plan to publicize all or some of the information they are able to copy from Sony’s servers, which could include customer names, credit card numbers and addresses, according to the source. The hackers claim they currently have access to some of Sony’s servers.It would be the latest blow in a series of devastating security breaches of Sony’s servers over the past month. The failure of Sony’s server security has ignited investigations by the FBI, the Departme of Justice, Congress, and the New York State Attorney General, a well as data security and privacy authorities in the U.K., Canada, and Taiwan.

Several weeks ago the hacker group known as Anonymous targeted several Sony Web sites, including Sony.com and SonyStyle.com with a distributed denial-of-service (DDoS) attack in retaliation for what its members saw as Sony’s unfair legal action against hacker George Hotz. Two weeks ago Sony’s PlayStation Network, along with its Qriocity service and Sony Online, were the target of an attack that exposed the personal information of more than 100 million Sony customers. Sony was forced to shut down PSN, Qriocity, and Sony Online and is currently working to bring them back online after rebuilding the security of its servers.Sony says it doesn’t know who orchestrated what it’s calling a “highly sophisticated, planned” attack, but it has dropped hints that the group Anonymous is involved. Kazuo Hirai, chairman of Sony Computer Entertainment, told a Congressional subcommittee in a letter yesterday that the intruders on its servers planted a file named “Anonymous” containing the statement “We are Legion,” part of the group’s tagline.Now it seems the same group of hackers that was able to infiltrate the PSN servers is planning to hit back against Sony.